“It is difficult to box Ashok Srinivasan’s stories into a particular genre, but whatever genre one settles on, there is no doubt that the stories are creative and emerge from an imagination that does not believe in a world that is black or white” 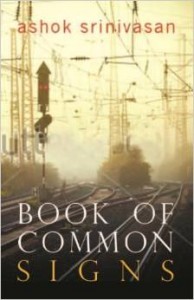 “Memories warm you up from the inside. But they also tear you apart.” —Haruki Murakami in Kafka on the Shore.

BOOK of Common Signs by Ashok Srinivasan is a collection of 13 compact short stories that ostensibly capture the pains of growing up by piecing together images captured by the minds of individuals: men, women and children. The stories dwell on memories of loss and of yearning, of visiting new places and of having left old ones behind, of moving on but never being able to reach somewhere, of rebirths and also of stark deaths. The stories weave in and out of reality, touching sometimes on the mythical and the magical. They operate in a realm that borders the margins of reality and make-believe. The line between existence and imagination is a thin one in these short narratives. Sample this from “Whale Song”: 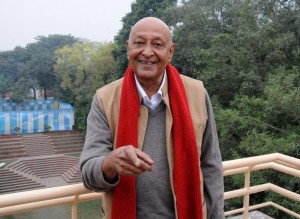 “Earlier, only certain rhapsodic movements of the whale’s song reached her. But now she has made the entire symphony her own. She sees in her mind’s eye that whole areas of her past are crumbling and slipping from her like parts of an icy mainland breaking away and drifting off as icebergs into the sea of forgetfulness. But nobody knows, nobody suspects. Her only son is dead, and the whale song that was a rare whisper in the eustachian tubes of her ear is loud and clear these days.”

Ashok Srinivasan’s characters are diverse and he makes it difficult for the reader to judge them morally. In one of the stories, a nine-year-old boy pushes his father off a terrace, causing his death. But the readers’ sympathies remain with the boy, supported by the slanted logic that the father, tired of his life, willed his son to push him.

In another story, “A Hangman’s Tale”, the character Tokas falls madly in love with a prostitute (the author refrains from using the term anywhere in the story but scatters enough clues for readers to get the drift) and remains by her side until her death due to cancer, after which he loses his senses and leaves the city in a fruitless search, he knows not of what or whom. Ashok Srinivasan’s characters behave compulsively, more on instinct than on what might be required of them in a practical world. And yet, their actions seem to justify their means.

Picture this: “Tokas returned to the city without any inkling that he had returned to the city. He was exhausted and driven wild by his years of fruitless search. He came very early in the morning, under cover of darkness. It was the foggiest winter in recorded history and Tokas wore himself out trudging the streets—as in all the other cities—looking for the likeness of Lekha in the ghostly figures huddled on the roadside in the murky lamplight. The invisible crows around the crumbling prison towers could be heard a long way off in the heavy dawn mist, which clung like tattered pennants to the granite ramparts. In that poor light one would have had to come up really close to just about make out the hairy, naked form of Tokas hanging from a noose of his own making from the scaffolding in the jail’s central courtyard.”

Sometimes, as in the above instance, the stories cultivate a dark undertone. People die under unusual circumstances but life for the remaining characters carries on.

Several of the stories are also narratives about people returning to their villages or connecting with new places which seem intimately familiar because of old associations or cultural affinities, one cannot say for sure. In “The Light, the Way”, Ishan and his father travel miles to visit the deathbed of Ishan’s grandfather, who has suddenly been catapulted to a god-like status in Kanjivai, an ancestral village in the Cauvery delta on the north-western sea coast, after it is rumoured that a leprosy patient was cured when he appeared outside the old man’s house. The drowsy village transforms into a booming pilgrimage town, with special trains diverted to it and millions of cripples, believers and incurables swarming to the house of the old man to be touched by his aura in the belief that they will be cured of whatever is afflicting them. The story bestows magical powers on the old, dying man that entire villages believe in. An excerpt from the story: “While a few surviving bamboo rhizomes in his backyard put out weak pencils of culms that would take more than a decade to attain their full former maturity, a gnarled dead tree before the veranda of his house began to glow at night with a secret light. By day it was home to termite and fungus. The emission of this heatless light drew swarms of fireflies that settled on the twisted branches of the leafless tree; and as the light emitted by the fireflies became synchronous, an awesome hush fell upon the sea of expectant faces, broken by the simultaneous pealing of all the temple bells in the area.”

As a reader, one is torn between the interplay of magic realism and practicality. This makes it difficult to box Ashok Srinivasan’s stories into a particular genre: Are they fiction? Are they myths? Whatever genre one settles on, there is no doubt they are creative and emerge from an imagination that does not believe in a world that is black or white but rather one that exists in colourful grey zones.

All the characters in Ashok Srinivasan’s fiction are, at least in part, some of the many people he himself is: “nothing but a construct of my obligations to other people”, according to him. He sees this life as “a shapeless thing of borrowed bits and stolen voices; only stories seem to have any form”.

Some of the stories from the collection have appeared in periodicals and anthologies. “Not to be Loose Shunted” was first printed in Stand, Newcastle-upon-Tyne, United Kingdom, and reproduced in the Sahitya Akademi’s Contemporary Indian Short Stories in English, New Delhi. “The Light, the Way” was first seen in Imprint and later appeared in Namaste. “Kashi” was printed in Katha: Prize Stories, while “Ex-votos for a Mask Maker” came inHelix and Luna, Australia.

Ashok Srinivasan dedicates his book to “the peoples of Palestine, Pakistan, the Tamils of Sri Lanka and Jews the world over—you who have borne more than your portion of hard reality, please share among yourselves this paltry enough illusion of an illusion”.

The 70-year-old debutant author was born in a village in Thanjavur in south India. He describes his first novel, Once Upon a Time, which is about to be published, as a savage fairytale for adults.

Promising, predictable, signs of brilliance too

Lok Dutt Tokas was the hangman in the city’s central jail. When Tokas was made hangman, it was still a prestigious post, but of late…even the number of hangings had come down. In the good old days, a hanging was a public event, a joyous festival…The celebrations went on for weeks and culminated in the main event, which was the hanging…Nowadays, even the judges rarely handed down a decent death sentence…There was a lot of nonsense talked about humane, correctional punishment…”
These are some lines from A Hangman’s Tale, a story by Ashok Srinivasan in his Book of Common Signs (Fourth Estate 2014). It’s a promising opening and reminds one of the numerous accounts of hanging as free entertainment in different countries. We are told people of all classes attended in their thousands. (What was shocking was to discover that Charles Dickens attended many such public executions, but wrote scathing articles about the behavior of the crowds!)
I thought that after the promising opening of the story, it would evolve into something at least mildly modern. But Srinivasan lets himself down by turning out the usual treacle: He meets a woman who is a wet nurse by day and a prostitute by night. She had lost a child in stillbirth. She had “a smile that lit up her eyes before reaching her mouth.” She dies of cancer. He hangs himself.
For the most part, the thirteen stories in the book are traditional stories, traditionally told — too full of suicides, still births, miscarriages, and other such tear-jerker set pieces. But there are two stories which indicate what the author can do if he sets his mind to it.
Just Before 9/11 covers familiar ground, but is written in a controlled and understated way. Lonely and disaffected Muslim boy in the US meets another such. “The meeting with Mansur was the defining moment that would give shape to and round off Ehtesham’s life. Perhaps it was the instant fellowship of a shared religion, the winsome persuasiveness of Mansur’s personality that was deceptively light-hearted and carefree on the surface, his own low ebb or a combination of all these factors.”
All this leads to the inevitable, and Ehtesham’s only diary entry is dated 10th Sept 2001. “My name does not matter because I do not matter. It is only a way of trying to begin. Now that I know I’ll never return home, I long for it with an aching need not unlike the one I feel for Rachel…It is the deed and not the thought that counts. The time for action has come…”
Perhaps the most memorable story in the book is “Not to be Loose Shunted.” “I never knew my father and never saw the sea till I was fourteen years old,” the narrator says. “My father left us when I was two years old…The only thing about him I know is that he was a very special kind of armchair traveler. He preferred to travel mentally by train, surrounding himself with the latest Bradshaw, maps with broad-gauge, meter-gauge, and narrow-gauge markings and issues of the most up-to-date railway timetables. He would make elaborate travel plans on paper, computing varying costs, allowing for alternative routes, making changes in the itinerary, keeping his options open till the last minute. Actually, he never stirred out of the house.”
The character of the father is evoked in a genuinely tragic way. This is Ashok Srinivasan at his best. The blurb provides virtually no information about the author. It merely says he “was born seventy years ago in a village in Thanjavur in South India.”