The Ability to See Both Sides of the Coin

Tariang has an eye for the colorful personality. Dad’s boastful and pompous personality comes out, much to the discomfort of his daughters, when a salesman comes calling to sell a vacuum cleaner. In “Family Matters” the narrator fills in the character of her superstitious, controlling, gossip of a sister-in-law with a number  of  events. An orphaned cousin who expresses herself by communicating her deepest feelings through notes in her learner’s English, brightens the lives of a family of three in the story, “That Imp of a Cousin.”  A teacher taking a refresher course sketches the personalities of her classmates by their manner of speaking English and their demeanor in “Classmates.” “Everybody Knows Martha” sketches out a type whose purpose in life seems to be to ingratiate herself with everybody. “When you were around Martha you felt like the most important person in the world.” 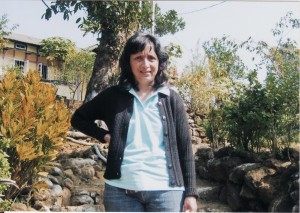 Tariang shows maturity when, on the one hand, she lists the ignorance of fellow Indians about the people of the North East in “My Own Country,” while, on the other, she holds up the insecurities and prejudice of the locals in “My Friends and Me,” as they mob and attack “udkhars”, outsiders settled in Shillong, who live in” big houses.” The ability to see both sides of a coin is what will lead to mutual understanding and respect and will the light at the end of the tunnel for the problems of the North East

Tariang’s writing has an undertone of quiet humor, and her style is pleasing in its simplicity.