Dhurba Hazarika is a founder-member of the  North-East Writers’ Forum.He has published two novels, A Bowstring Winter (2006) and Sons of Brahma (2014) and a  collection of short stories, Luck (2009). All his books have received critical acclaim. In 1996 he won the Katha Award for Creative Fiction. He has held important positions in the government.  He was the director of Sports and Youth Welfare, Assam, when the National Games were held inthat state. Next he was made the Deputy Commissioner of Darrang. In 2012 he joined the Tourism Department, Government of Assam, as Joint Secretary. He has also served as the Joint Secretary to the Government of Assam, Transport Department, and the Director, Inland Water Transport, Assam.

BIRDS OF A FEATHER 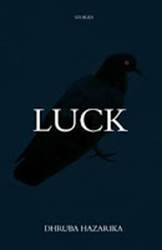 Penguin India has a new eight-book series titled “Jewels from the North-East”, and there are some interesting titles in it. I’ve started Mamang Dai’s Stupid Cupid and look forward to reading A Game of Chess: Classic Assamese Stories, edited by Dhirendra Nath Bezboruah, but the book I’ve just finished is Dhruba Hazarika’s Luck, an elegant and moving collection of stories about unlikely encounters between human beings and animals.

My approach to a book of short fiction by a writer I’m not familiar with is to test the waters by starting with the shortest pieces. “The Hunt”, “The Leopard” and “Soul Egret” are only between 4 to 5 pages each, and when I finished them I knew I wanted to read the whole book – even though, on the face of it, not very much “happens” in these three stories. A recently bereaved doctor joins a group of men on a jungle hunt and is filled with a powerful grief after the shoot. Three boys in search of a missing cow fleetingly come face to face with a predatory leopard. And “Soul Egret” in particular doesn’t have anything like a conventional plot – it’s a first-person narrative by a clerk whose troubled mind is soothed by brief physical contact with an egret late one night.

But what Hazarika does here and in the other, longer stories is suggest an almost mystical connection between humans and other species; in some cases through a flickering, twilight moment when even the most self-absorbed people become aware of the deep relationship between themselves and other denizens of the natural world.

They respond in different ways to this knowledge. They might be humbled, or enlightened, or comforted. It might make them more aware of their own feral natures. (“There was the putrid smell of blood and excreta, and of something else that only the night and sudden death can bring.”) Or it might even bring them luck. One of the most satisfying stories here, “Chicken Fever”, is about a young, melancholy magistrate out on a police raid. His mood is altered by the sight of a fat black hen in a haystack and this affects a crucial decision he makes a few moments later.

In another sense, these are coming-of-age tales. The title story is about a solitary man learning a thing or two about patience and caring in the company of a stubborn pigeon. In “Ghostie”, an unusual, ghostlike dog becomes a test of the limits of human cruelty, and perhaps, a catalyst to understand what growing up really means. (“Young boys, someone has said, are condemned to walk the ragged line between innocence and evil, occasionally being casually cruel as only children can be. It’s a rite of passage.”)

Hazarika’s writing is unfussy but vivid, and when he does reach for a more dramatic style or a change of course he does it judiciously – as in the two stories here that are slightly different from the others in tone and effect. There are no animals in “The Gunrunner of Jorabat” (written in the informal, rustic voice of a partly drunken narrator) but there IS a man with a distinctly feline quality, and like “Chicken Fever” the story touches on insurgency and the mysterious workings of fate. And “Asylum” is a nicely playful yarn about a vet-cum-psychiatrist who might possibly be experiencing some very strange hallucinations. I thought these two stories slightly diluted the book’s standing as a thematic collection, but they are fine pieces in their own right. Luck didn’t come with a lot of fanfare – it’s what you’d call a “small book”, not just because of its slimness – but it’s a rewarding read about people discovering something familiar in other creatures at the same time that they discover something unfamiliar in themselves.