Jaya Padmanabhan is the editor of India Currents, a fiction writer and a journalist. She has won awards for journalism, fiction, her editorial leadership of India Currents and for individual short stories. These include the Writers’ Village Award for “His Curls”( Katha Award for “Mustard Seeds”,Katha Award  “Mango Tree”,Lorian Hemingway Award for ” His Curls”  Katha for Neyyappams,

The guiding spirit of award-winning author Jaya Padmanabhan’s acutely insightful debut collection of stories, Transactions of Belonging, is found in the title. True, book titles must be meaningful. However, a closer examination of this particular title allows a far deeper appreciation of the content.

A transaction is a deal, bargain, enterprise, venture, or affair. People conduct transactions every day, consciously and unconsciously. Transactions of all manners occur between family members, colleagues, and people with whom one comes in contact, which means relationships are involved.

“Belonging represents the most valuable commodity that is at the heart of every relationship,” Padmanabhan added via our e-interview. “Belonging wraps into itself the concepts of give and take, adaptability, acceptance, rejection, inclusion, longing, yearning, hope as well as love.”

In her collection, she “examined the transactions we enter into, the compromises we make, the filters we use to justify our need to belong.” With this knowledge, the reader more intensely experiences the distress, struggles, and victories that occur in the collection under her bold but compassionate hand.

I asked Padmanabhan to talk about her two favorite stories or characters. Her response illustrated both her comprehensive empathy for the characters and her personal interaction with the writing. 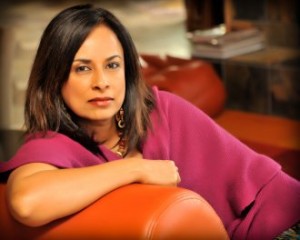 “This is tough since each story evokes a different reaction from me as a writer,” she said. “My most complex relationship is with ‘His Curls,’ the story of a mother who suspects her son of being a terrorist. The process of building her character and putting words in her mouth was poignant and felt deeply personal. This story took me the longest to write. As characters go, Sankar from the ‘Neyyappams’ story is one of my favorites. I based it on what I believed my father must have been in his youth and writing about Sankar made me re-live my relationship with my dad, now long since deceased.”

Compelling, emotional, disturbing, forceful, and poignant, but not without an occasional dash of humor, each story examines lives and situations that have no easy solutions. Characters from all walks of life in a variety of settings are smartly drawn and emotionally pitted against each other.

In “The Fly Swatter,” Rafat lands a job as right-hand man to the Bihari Minister of Social Justice. Inseparable by virtue of the position, the young man agonizes whether to act on the Minister’s subtle advances.

Mr. Raman is “Strapped for Time” by his young housemaid, who creates both extreme anxiety and sexual tension in the 81-year old man. When she demands a specific watch as a gift, he waits restlessly to present it to her only to find that time has been unkind to both of them.

In “Curtains Drawn,” young Vik lives in a household of secrets, and when the situation becomes too insufferable, he makes a difficult decision.

Shona, a young woman who strives to recapture the cultural aspects of her former life while witnessing brutality toward women, finds untapped courage in “The Blue Arc.”

In the one-act play “Indian Summer,” three generations pick at each other over the tiniest of forgotten issues and an explosive family dilemma. Driven by dialogue and very little action, the reader is forced to acknowledge the inherent sadness of the conversation but laugh in recognition of the fundamental silliness that arguments realistically contain.

At one point, Shiny’s grandmother (Amooma) declares Shiny should drink more milk to lighten her complexion.

Shiny (whiningly): “Ma, can you tell her to stop. My complexion is not dark because of lack of milk.”

Ma (with a sly smile): “Are you sure? Look at all the foods we Indians eat. Everything is colored yellow and brown. Look at the food these Americans eat, white cheese, white pasta, white bread, white eggs, white fish, white chicken, white clam chowder…”
Amooma: “… and white milk.”

Aside from creating remarkable and diverse characters in ordinary and extraordinary circumstances, Padmanabhan employs different methods of delivery and dissimilar points at which the stories end. Very often, she eschews the neat and tidy, obliging the reader to take part in the story through debate and interpretation.

“I like the challenge of experimenting with different styles and methods,” she says. “It’s interesting how each method brings out a different aspect of the narrative, sets the pace and carves out a slice of life that then frames the story … I was most gratified with the prose poem, ‘Mustard Seeds.’ I wrote it out in longer sentences first, and then started chiseling and shaping. It was tremendously exhilarating.”

“Mustard Seeds” is a personal favorite, hooking me with the first line: “Fire is like a Fibonacci sequence.” From that point, the story becomes a pendulum of emotions, swinging between sweet and painful reminiscences and the urgency of the moment. Building to an end that left me breathless and curious, I was charged to weigh all possible outcomes.
As a political activist lives what may (or may not) be his final moments, some of Padmanabhan’s fervent and reflective writing is evidenced in “Mustard Seeds.”

“In my careless naïveté, I assumed that the lyrics of nationalism and courage would shield the anagrams of combat and conflict hidden in the songs. But the government spoke the same language we did. They solved our anagrams, parsed our rhetoric and deciphered our allegorical references. They threatened us with obey, adhere, respond and surrender.”
Later, Padmanabhan chooses vivid imagery in the present:

“Each flame will rise up a little higher, curling at the very tip like a batik pattern across space.”

For each character in every story, Padmanabhan’s sharp blade exposes cavernous wounds, allowing emotions, desires, inabilities, regrets, and bravery to surface and find their appropriate state of being.

When asked what she would like her readers to take away from her collection, Padmanabhan replied, “That there’s a pervasive sense of loneliness among us. This is despite all the social channels of communication. That loss in connection and belonging is what I’ve tried to canvass in the stories.”

Currently, she is writing her first novel, which is inspired by one of the stories in her collection.

“I’m working on a novel called The Eleventh Letter,” she revealed. “It features Sankar from the ‘Neyyappams’ story and I’m temporally placing it within the confines of a socio-political uprising in Kerala, India.”

Jeanne E. Fredriksen lives in Wake Forest, North Carolina, where she freelances in advertising and public relations. Between assignments, she writes fiction, enjoys wine, and heads to the beach as often as she can