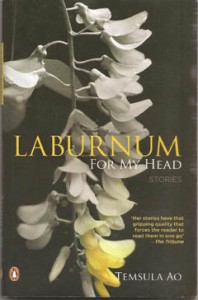 THE Naxalite movement has occupied a lot of mind space and news space in recent times. More often than not the Naxals are hordes of faceless, nameless, ghostly figures that ‘infest’ (sic) an area and have the power to unleash unimaginable terror with their intelligent strategy and meticulous planning.

A majority of the stories under review attempt to give a name, a face and a human quality to the Naxals. The complexity of politics, the youth, infatuated with idealism, the urban-rural divide, and most importantly, the people caught in the crossfire of violence are all portrayed vividly in the stories. But it is the disillusionment with the movement and the gross failure of the Naxals to fulfil their flawed, albeit utopian goals that takes centre stage. 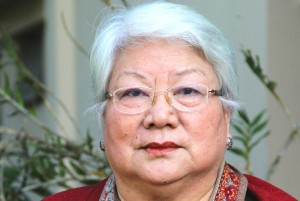 The Letter is an evocative story about a villager (disguised as a Naxal) who tries to browbeat the poor villagers in order to extract some money for his son’s board exam fee (as earlier in the story, the Naxals had robbed him of it). The desperation of the father is captured poignantly as he uses the means of the Naxals out of sheer necessity. The Naxals or ‘underground government’ are no better than the oppressive ‘occupation’ forces that are stationed to ostensibly maintain peace.

However, one wishes that there was deeper psychological insight into the characters to lift the stories above the ordinary. This is where they fall short, becoming mere descriptions rather than explorations of the characters’ inner selves. As the plots become complex the characters fail to keep pace.

One story that arrests the reader’s attention is Laburnum for my Head. It is about a widow’s fascination for the Laburnum tree (‘Amaltas’ in Hindi) to the extent that she wants it to be planted on her grave instead of having the customary tombstone of marble or granite. The story cocks a snook at all human aspirations of attaining immortality. The writer says, “This consecrated ground has thus become choked with the specimens of human conceit`85 . But nature has a way of upstaging even the hardest rock and granite edifices fabricated by man.” Lentina, the protagonist, is enchanted with this tree because she associates it with femininity and humility, unlike the garish gulmohars with their bright orange flowers. She goes to great lengths to fulfil her wish, antagonising her children and her kith and kin in the process. It is beautiful story, narrated with a great deal of tenderness and compassion.

The last story, Flight, is somewhat reminiscent of the creative writing tasks given in one’s school days. Written in the first person, it tracks the journeys of a caterpillar and its captor, a boy who is terminally ill. One is metamorphosing towards becoming a beautiful butterfly; the other is moving inexorably towards death. It is a moving metaphor of flight that could have been more nuanced and reflective.

All the eight stories make for easy reading. Though set in North-Eastern locales, they describe the universal human pursuits of joy and experiences of pain in a manner that will appeal to many.

Temsula Ao’s latest offering, a collection of eight stories, strikes a chord with their universality, even though seven of them are set within the Naga community. The simplicity of the language hides the complexity of emotions and themes she has written about, and the stories linger on long after the pages have been turned and the book closed.

The “convoluted politics of the ravaged land” and the “people living in limbo” are movingly captured. The latter, innocents caught in the crossfire, clearly have her sympathy and Imdongla’s “‘What do you want from us?’”, directed at the captain of the Indian army in “A Simple Question”, speaks volumes of the fear and exasperation that has permeated their lives. Indeed, one could set this and other stories — “The Letter”, “Sonny” — in any other land where similar strife exists and they would not seem out of place.

Ao is critical of both the state and its opponents who have given up their ideals, the “mongrels in the jungle”. “Sonny” brings out the conflict and differences within the movement, exposing the selfish motives of many who support it. As in other conflict-ridden zones, women suffer the most but are strong, often without even being aware of their strength. Imdongla is a prime example, an “illiterate village woman” who is able to “unsettle [the captain’s] military confidence”. Her walking away with his matchbox seems a cheeky way to “freshly perturb” the already disturbed captain.

In fact, all the women are innately strong and wise — from the whimsical Lentina who gets her way in “Laburnum for My Head”, to the mother, daughter, granddaughter trio of Lipoktula, Medemla and Martha in “Three Women”, to the mother who assures her daughter, the protagonist in “Sonny” who has lost her lover to his precious cause of fighting for the motherland, “‘Whatever you do, I will always understand’”. In an ironic twist, when the great hunter Imchanok is haunted by the spirit of his kill, only his wife Tangchetla is able to comfort and help him exorcise his fear.

This reviewer was particularly moved by the fourth story, “The Letter”. Ao’s humanity is evident in this powerful tale that blurs the boundaries between a dead insurgent and an otherwise innocent villager responsible for his death. Both men are, at the core, struggling with the same issue — making ends meet. The shades of grey are most vivid in this story.

There is a sense of loss and melancholy that runs through the stories. Even the fantastical “The Boy Who Sold an Airfield” does not emerge unscathed. Lentina, too, does not want to lose the laburnum blossoms even after she is no more.

Ao falters with “Flight”. While one can appreciate the feelgood character of the last story in the collection, it does not fit in with the originality and freshness of the rest of the stories.

But this is only a minor irritant in a book that is easy to finish in an hour but which settles itself in a reader’s consciousness for a much longer period of time.

“The simplicity of the language hides the complexity of emotions and themes she has written about, and the stories linger on long after the pages have been turned and the book closed.” Vinetta Rai-  http://www.business-standard.com/article/beyond-business/tales-from-troubled-times-109120500027_1.html

Temsula Ao’s touching description of “human life and human condition are set in the backdrop of the lush green forest of North-east India.” http://www.the-criterion.com/V3/n1/Gogoi.pdf

A SHORT STORY COLLECTION THAT HAS WON THE SAHITYA AKADEMI AWARD

Review by U Subramaniam

A boy likes a caterpillar and a girl the butterfly. Just after the first world war, a Naga boy sells a dilapidated air field bequeathed by an American official. An elderly woman would have a Laburnum plant over her grave and manipulates others to follow. A renowned hunter regrets his acts grievously. A Naga woman gets back her husband from the security forces by asking “What do you want from us?” The villagers’ vengeance meant for the terrorists but diverted against a loner turns out to be a tragedy. An idealist freedom fighter is betrayed by his own men. Three women, blood relations, display acutely separate identities.

“Laburnum for my head” by Temsula Ao is a slender volume. But it is by an insider who has lived the life. Moreover it is one of the rare occasions when the Sahitya Akademi has recognized a short story collections in English.

U. Subramaniam is the author of the following collection of short stories: Vimala is Willing and Other Stories, The Committed Official, When the Pandavas Won, The Evening of Life, As Dusk Falls, Selected Stories 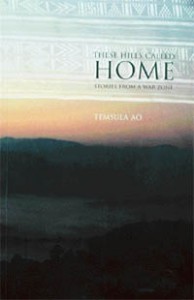