Uddipana Goswami – No Ghosts in This City

A Dip into Assam’s Diverse Culture, Compassion and Pathos 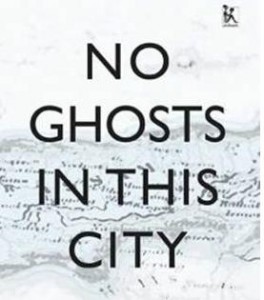 The stories in Uddipana Goswami’s  ” No Ghosts In This City” are  remarkable  for their sociological imagination, a dip into Assam’s diverse culture, compassion and pathos. These stories turn fact to fiction: facts about society caught in web of changes, facts about the common man caught in the vicious cycle of militarism and militancy. The stories show the trauma of individuals, the complex currents of ethnicity, inter community hiatus and most of all the need to understand- empathy. What happens when an Assamese girl falls in love with an impoverished tribal boy, who changes, but not before he has actually witnessed his mother killed by armed people? His ‘change ‘ arises out of anger as he accuses the ‘others’ of treating his community with contempt. Again and again the stories reflect on this- unleashing of a painful divisiveness, which is the brutalization of society. The pain and the brunt is borne by a young mentally debilitated girl, or an educated lady coming back to her village in search of her roots.The girl had seen her father brutally killed by army men. Perhaps this was the cause of her silence and trauma. The story ” The Swing” ends on a tragic note with the girl dead.

These stories take you to a dark world, a world experienced by many. They speak of ghosts and stories. They take one to an ethos of rural life, where suffering is silenced or hushed. They are beautifully but simply crafted and the last two stories, “The Hills Of Haflong” and ”The Rains Come From Behind The Curtain,” take us into the world of poetry and abstraction. ”This Is How We Lived” is an example of living with the times, getting so used to brutalization, and desperately trying to forge peace. Somewhere deep within these stories is an yearning for peace and nostalgia is evoked, as for example in the story ”Andolan. ”

Also, in these stories is the question of the fateful why. Why cannot a Hindu get married to a Muslim? Perhaps there is no answer. The stories also give a glimpse of the wave of immigration in Assam since the British hey days.All these including the migration of tea workers, mainly from Central India are part of historical processes, leaving unfortunately sharp cleavages in society.The stories recur with historical migration and communities once at peace with one another, now divided.Yet this is Assam’s vibrant and colourful culture. The hills and the plains must co-exist, must fraternize. ”Melki Buri” is an exquisite story of an old lady known for her loquacity who suddenly dies. The villagers who avoid her like a plague, feel that veritable and proverbial lump in their throats when she dies. This story is a vivid portrayal with mythic and religious elements.

The stories are cognizant of historical processes which have shaped Assam. They are a coloration of folk culture, history and social realities. They are marked by pathos and compassion, and use the language of prose and poetry. In fact the stories talk of the prose and poetry of life. Goswamí’s fictional world is the town of Barbari. What happens there can happen anywhere in Assam, India and by extension the world.

This is a collection of deeply moving stories etched in shades of darkness, grey and light. They do not portray violence, but characters who are a product of it. At the base of them lie a finely tuned moral question. The protagonist in at least two of the stories, feels that he/ she has been responsible for killings in the wake of ethnic clashes. The individual conscious or conscience becomes inseparable from the collective.

A Land of Specters