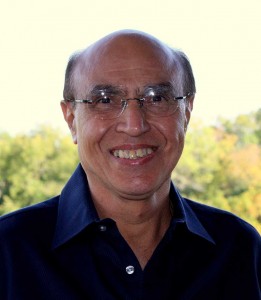 Murli Melwani taught English Literature at Sankardev College, Shillong, India, before making a mid-career change to head an export company in Taiwan. He moved to Plano, Texas, after 25 years in Taiwan.

His short stories have been published in magazines in various countries, including the U.S.A, Hong Kong, and India.

He is the author of A collection of short stories: Stories of a Salesman, 1967 (a second edition appeared in 1979); A Play in Three Acts, Deep Roots, 1973; and Themes in Indo Anglian Literature, 1973. His blog is http://indianshortstoriesinenglish.blogspot.com.

His book of literary criticism, Themes in the Indian Short Story in English: An Historical and a Critical Survey (abbreviated TSSE:AHCS), was published in 2009 to favorable reviews. There have been calls to bring this book up-to-date with reviews of collections of Indian short stories in English published between 2007 and the present. He cannot give the sort of commitment he did in the past to researching and writing TSSE:AHCS, but is still passionate about promoting Indian short stories written in English. Hence this website. It has been set up to encourage others to read and review short stories published since 2007. Contact Murli at editor@indianshortstoryinenglish.com.

Chris Mathews is a retired systems engineer who spent 37 years with Electronic Data Systems and Hewlett Packard.  In retirement, he manages content for a variety of websites, catches up with his literature reading, pedals his road bike, enjoys the company of his grandsons, and is the owner of The Refinish Line, a furniture refinishing company.  He has been married to Natalie since 1969.  Contact Chris at administrator@indianshortstoryinenglish.com.

Natalie Mathews is the owner of Natalie’s Editing Service. Her specialties are dissertations and theses for local and overseas students and scholars. Services include electronic editing with Microsoft Word (2007 & 2010), editing PowerPoint presentations, and secure document back-up and recovery. Contact Natalie at associateeditor@indianshortstoryinenglish.com.

Madhavi S. Mahadevan is an author, editor, translator and book critic. She has published two books and over 100 short stories for children. Her first book was awarded the Children’s Book Trust award for fiction. She has also published two collections of short stories for adults: Paltan Tales (Indialog 2006) and Doppelganger (Alchemy 2014). She has worked briefly in the advertising and publishing industries, written on food and travel for newspapers and magazines, contributed to anthologies of short fiction (Why we don’t talk, Rupa 2011) and conducted workshops on writing. Her debut novel, The Kaunteyas, is due for release later this year. Bangalore is her home. Contact Madhavi at aquarius019@gmail.com.